Implosion tells the story of the inner journey of a person sonically isolated from the outside world. The poetic text is sounded out to bare the details of language, delivery and accent. The readers/performers are mostly amateurs living in South East London and recorded on the streets. Their manner of speech puzzles just as its electronic processing. The listener immerses in the sound projection in an austere 2-channel spatial setup in a barely lit room.

I have ears of cartilage and I’ve heard things more than once, sealed by bee’s wax, and I’ve even said things, but with a frog in my throat and at first I thought I had said too little before they had taken it away from me, actually it was I who took it from myself, and with time I understood that all of me wasn’t speaking, but cheerfully smiling, albeit with somewhat pressed lips, however, of silence I remain undecided.

Implosion was originally written and produced in Polish and exhibited in Zachęta - National Art Gallery in Warsaw.

Jacek Szczepanek, born in 1984 in Warsaw, listens to both people and sounds. He gained experience in ethnographic interview in Indonesia, Syria, Poland and Germany. As a PhD candidate at the University of the Arts in Berlin he compares the significance of computers as musical instruments inside and outside the cradles of software development. As a sound designer he is keen on field recording, like in his sonic exploration of the largest Polish open pit coal mine (Bełchatów, 2013). He prefers locating his sound art in a community, as in Concert for Housing Estate Yells (Warsaw, 2012, 2013), made together with people from a high-rise residential area and played back on their streets.

Szczepan Orłowski, born in 1989 in Białystok. He debuted as playwright with And Iphigenia (Teatr Nowy, Łódź, 2012), for which he was awarded the city’s theatre critics’ prize, Golden Mask. Author/co-author of several plays and adaptations staged in main Polish theatres, in his final year of MA Text and Performance at the Royal Academy of Dramatic Art and Birkbeck College, London. Orłowski explores an intertextual literary form, transforming and redefining the heritage of philosophy and cultural criticism. He portrays society by exploring the individual involved in a web of oppressive relationships. 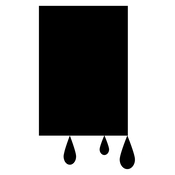